By the time I’d released the last version of Moon I was reasonably happy that all the significant technology code was written, that there would be only minor changes to code and that I’d be spending most of my time making new levels and interfaces and adding music and more audio. I was very, very wrong.

I went into a lot more detail about some of the most significant changes in a previous post if you’re interested. In short, there’s cloud save support, new game mechanics, new puzzles and music. Oh and probably a few new bugs.

As ever this is still a preview of the game, you’ll get a few snippets of the story and a few puzzles to beat but it’ll be a while yet before the whole thing is done. There are definitely still some knobbly bugs in there but in general things should be mostly stable and crash free. Please let me know if you have any trouble (or suggestions / annoyances) 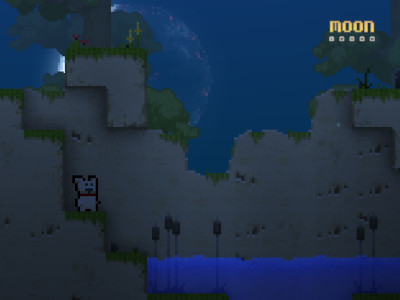