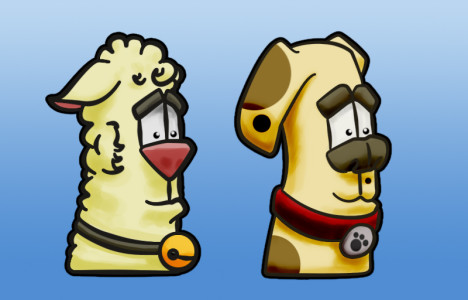 I’ve put aside iO, and it’s now become clear how much it was stopping me getting ideas out of my head. Without doubt, Its constantly changing form helped improve my programming skills and has resulted in dozens of added features to my game and rendering engine, but ultimatly no real (fun) game was going to result any time soon.

The engine has (and will continue to serve) as a great test-bed for ideas and tools in my profession but I think for the most part it now has no real use to me for making games. It’s based on the now aging DirectX 9 and targeted soley at the PC, a combination that is unlikely to feature in the future of games creation as a whole for very much longer.

Instead I’ve turned to XNA and C#. An excellent platform for making games on a well established platform with excellent tools in a fraction of the time I was taking to write anything in C++.

As if to prove my point, I’ve already finished writing the code framework for my new ideas and started on the artwork for my first project. The first thing I’m getting out of my head is called Moon. Simply, It’s about the journey of a dog to the moon, the image above is the first concept sketch of the main character.

My aim this time is to try and document the process of the creation of my game as much as possible. At least that way if it all falls through, you know why as well as me.